Will the Trump card be played against Obamacare? 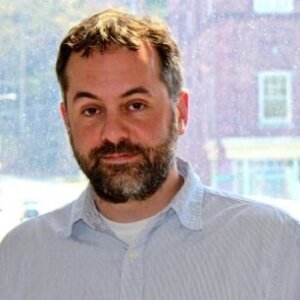 It doesn’t seem that long ago that hospitals were finally given some definitive indications of how they would have to adapt after the uncertainty about the Affordable Care Act — will it happen or won’t it? — was finally put to rest. When the ACA, or Obamacare, as the president himself has referred to it, was passed, it was the biggest change in the health care arena since President Lyndon Johnson signed Medicare and Medicaid into law in 1965. With its introduction, regardless of whether hospitals agreed or disagreed with it, there was a sigh of relief, because at least there was a direction they could take. Hospitals figured out their budgets, planned for the future and did what they could to unravel the nuances and adapt to this new health care landscape.

However, opposition to the ACA didn’t end once it came into being. In recent months, citing losses pushing them into the red in certain markets, some major insurers indicated they’d be pulling out of those markets by next year. Then, things got more uncertain. In case you missed it, a very long election cycle just came to its conclusion on Nov. 8. The campaigns of both Republican Donald Trump and Democrat Hillary Clinton were noticeably short on policy talk in comparison to past elections.

Transcripts of the three debates between the two cover a much larger portion of time on personal attacks, little time on policy and nearly no time on any policy specifics. Still, enough news bites, or as was often the case, tweets, emerged to make the candidates’ views on the Affordable Care Act, or Obamacare, clear. For Clinton, there was value in Obamacare, and her task, if elected, would be to shore it up. This would also maintain President Barack Obama’s legacy, which owes a lot to the passing of the ACA. For Trump, his ascension to the highest office in the land would mean a quick death for the ACA.

While we’re barely into the story, we know how the Clinton vs. Trump chapter ended. With Trump’s victory, Republican lawmakers again have an opportunity to derail Obamacare. Trump called Obamacare “a total disaster” and promised to “repeal and replace.” As the polls closed, and it started to dawn on the nation that Trump would win the presidency, his rhetoric that swirled around Obamacare hit home. And we were back in familiar territory — total uncertainty about how things would play out.

Of course, nothing’s as simple as a politician would lead voters to believe. The issue of Obamacare is a political hot potato, since it extended coverage to an estimated 16 million Americans who hadn’t been covered previously. While most of those Americans are low-income, it is a substantial group and they do have strong advocates, even if Democrats have largely been defanged after failing to gain a Senate majority. Further confusion and relief, or disgust (depending on your political leanings), occurred after President-elect Trump met with President Obama for the first time after the election. Trump acknowledged that there were some good parts to Obamacare and conceded that he might not dismantle every aspect of it. Among parts he said he would carefully consider were the safeguards that would prevent insurers from denying an enrollee due to a pre-existing condition. He also indicated he might be open to allowing those up to the age of 26 to remain on their parents’ insurance. Even those slight concessions are a far cry from the repeal and replace promised for day one.

President-elect Trump was not a typical candidate and is not a predictable individual. There’s still plenty of time before his inauguration for him to change his mind again. There’s also plenty of time for reality to set in. Even with a Republican-led Congress, he may find it difficult to get his plan introduced one which he says will be “much better and much less expensive for people and the government.” It’s the last part of his statement that will prove key to his ability to bring in the new plan. Although it’s currently somewhat of a lovefest among the Republican party, after coming out on top following what many felt would be a bruising defeat, if talks of raising taxes or increasing government debt come up to fund the Obamacare replacement, the mood may quickly chill.

So what’s a hospital to do? Everyone should be familiar with the drill by now — wait and see. With President-elect Trump’s penchant for self-promotion, at the very least there’s a good chance that we’ll see Trumpcare.