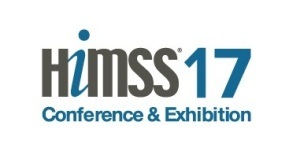 From the January 2017 issue of HealthCare Business News magazine
Orlando, Fla., will be the site of the 2017 HIMSS Annual Conference & Exhibition.
The event is scheduled for Feb. 19–23 at the Orange County Convention Center. Approximately 40,000 health IT professionals, clinicians, executives and vendors from around the world will be in attendance. Attendees can look forward to more than 300 education programs, keynotes, thought leader sessions, roundtable discussions and workshops, plus a full day of preconference symposia.

The HIMSS17 exhibit floor will include: more than 1,200 health IT vendors; an alternative payment models knowledge center; a cybersecurity command center; a federal health IT solutions pavilion; a first-time exhibitors area; an interoperability showcase; an innovation zone; an intelligent health pavilion; and a population care management knowledge center. Ginni Rometty will be the keynote speaker on Feb. 20 from 8:30 a.m. to 10 a.m. She is chairwoman, president and chief executive officer of IBM.

Rometty began her career with IBM in 1981 in Detroit. Since then she has held a series of leadership positions with the company, most recently as senior vice president and group executive, IBM Sales, Marketing and Strategy. In this role, she was responsible for business results in the 170 global markets in which IBM operates, and pioneered IBM’s rapid expansion in the emerging economies of the world. Rometty serves on the Council on Foreign Relations, the board of trustees of Northwestern University and the Board of Overseers and Board of Managers of Memorial Sloan-Kettering Cancer Center. The event’s keynote speaker on Feb. 23 from 8:30 a.m. to 10 a.m. will be John Boehner, who served as Speaker of the United States House of Representatives.

The closing keynote speakers will be Robert Herjavec and Kevin O’Leary, stars of ABC-TV’s “Shark Tank.” They will appear on Feb. 23 from 1:15 p.m. to 2:30 p.m. Herjavec is one of North America’s most recognizable business leaders. A dynamic entrepreneur, he has built and sold several IT companies to major players such as AT&T. In 2003, he founded Herjavec Group, and it quickly became one of North America’s fastest growing technology companies, scaling from $400,000 in sales to a run rate of $150 million. Herjavec Group is recognized as a global leader in information security, specializing in managed security services, compliance, incident response and remediation efforts for enterprise-level organizations.

Opinionated and blunt, O’Leary is one of the country’s best-known business moguls. The first company he founded, The Learning Company, was built from nothing and sold for $4.2 billion a little over 10 years later. Storage Now, a company co-founded by O’Leary, went on to become one of Canada’s largest storage service facilities and was acquired by the In Storage REIT for $110 million. He serves on the board of The Richard Ivey School of Business at the University of Western Ontario. He is a member of Boston’s 107-year-old Hamilton Trust.