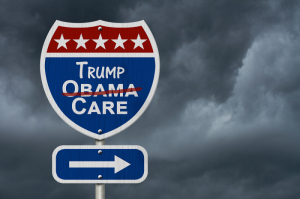 Well, the election is over. Donald Trump is our new President. I am hoping that sometime in the near future we can stop talking about the number of people watching the inauguration and focus on more important things.

One of the more important things, in my opinion, is health care and last Friday, January 20th, President Trump signed a document to begin the repeal of Obamacare.

While all this is happening, I cannot help but remember some advice that my mother gave me when I was young, namely, "Be careful what you wish for."

I think it is an interesting twist of fate that all of the people who complained about the Affordable Care Act over the last few years are now stuck with what to do about it.

I admit if I was king of the universe, I am not sure what I would do to make health care better.

We have lots of health care providers around the country that have the hang of Affordable Care Act and I wonder how they are going to feel about a new payment system.

Most of all, I think it is going to be interesting to see how the people who tried so many times to repeal the Affordable Care Act are going to deal with replacing it.

I suspect it is not going to be that easy and, in fact, I would not be surprised to see large portions of the Affordable Care Act remain in force.

If I am right about that, it will be ironic in the years to come when people are still referring to our health care system as Obamacare!