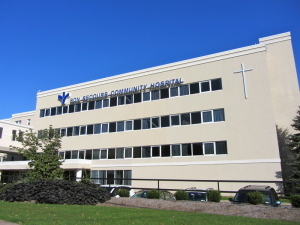 The health system's goal is to revamp how care is delivered in areas such as radiology, cardiology, neurology and pediatrics. They will work to increase the standardization, connectivity and optimization of their technology while still having flexibility to invest in new innovations.

“By collaborating with partners like Philips, we can go beyond providing diagnosis and treatment and work on proactive health management, such as healthy living and prevention, building health in our communities," Dr. Mary Leahy, CEO of BSCHS, said in a statement.

WMCHealth and BSCHS made a more than $40 million investment in Bon Secours Community Hospitals and the Port Jervis area in September 2016. Their plan involves an expanded emergency room, upgraded imaging center and 36 private medical/surgical rooms.

Through this new partnership, Philips will help the health systems redevelop and renovate the Bon Secours Community Hospital.

On Monday, Philips announced another deal with Banner Health in Arizona to expand their joint Intensive Ambulatory Care pilot and telehealth programs. In the last 18 months, Philips has made agreements with six health systems.