Keeping up with the White House whirlwind 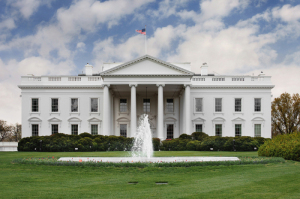 I can't remember a time in my life when so many people were so energized over politics.

We've all heard about missteps from past presidents when they're first starting out but they always had plausible deniability to blame someone else on their team. Love him or hate him, Pres. Trump is out there tweeting and everyone knows where he stands on everything. No mystery there!

It seems to me as though Pres. Trump is learning that faster is not always better. I really hope he slows down.

I'm not sure I get putting Steve Bannon on the Security Council. I'm not in the inner circle but I have a suspicion that he's behind the travel policy bombshell. Whether or not you agree with that policy I hope you'll agree that it wasn't executed very well.

I read that Yemen is now refusing to allow the United States to launch attacks on terrorist positions from their territory. What a kerfuffle.

The Democrats can't seem to find their head with both hands and even though the Republicans have a majority in Congress I think they're worried about how long it's going to take for Pres. Trump to find his footing.

As for Obamacare, it's looking now like it's going to stay in force until 2018. Frankly I'm not surprised because repealing it isn't so easy if you aren't sure what to replace it with.

Either way, the Republicans own the problem of healthcare now. Pres. Trump ran on a platform to repeal Obamacare and the Republicans supported that so at this point whatever spin politicians may place on things the Republicans will now get the credit or the blame for what happens to healthcare. That is of course unless Obamacare remains intact (how ironic).

Whatever you think about the activity in the Court of Appeals having to do with the immigration ban you have to feel better about our systems of checks and balances whereby everyone everywhere is subject to our laws and our Constitution. That makes me feel really good.