Majority of recent health data breaches were an inside job: report 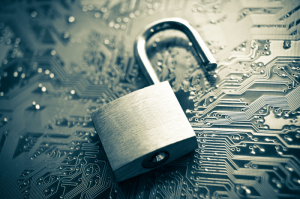 According to a recent analysis by patient protection analysis experts at Protenus, insiders committed 58.4 percent of patient health record privacy violations in January 2017 — a figure well above the 43 percent for all of 2016.

While external hacking of medical records garnered most of the attention last year, insider violations are a much bigger problem. Another concern is that hospitals are often exceeding the 60-day period required by the government to report such breaches.

"In 2016, the headlines were dominated by external threats (26.8 percent of incidents)," Robert Lord, co-founder and CEO at Protenus told HCB News. "While this is a perennial challenge, the severity of the delay between breach and detection (607 days) in the case of malicious insiders was deeply troubling and quite surprising."

Lord said his company, in collaboration with databreaches.net, provides a monthly assessment of data breaches affecting health care data, whatever the source of the breach or origin of the data. They also provide an annual report.

"The Breach Barometer ... helps hospital leadership better prioritize budget line items to help mitigate their breach risk," said Lord. "It also arms privacy and security teams with information to help justify the resources they need to help better protect an organization from an array of threats to their patient data."

According to Lord, awareness about internal threats is generally less publicized.

"We believe that 2017 will be the year of insider breach awareness. Insider threats need focus and action now," Lord stressed. "It's time to ensure the trustworthiness and appropriateness of access to clinical systems."

Of course, outside hacking remains a concern. According to the Protenus website, there were 12 hacking incidents in January affecting more than 145,000 records. One of the incidents was unusual, in that there was no ransomware or ransom demand. But the hack did interfere with patient care when data was corrupted and clinics could not access prescription records.

In addition to the data breach itself, Lord said hospitals are not doing a good job of reporting in a timely manner. According to the January Breach Barometers, there was a 174-day average time from breach to initiation to Health and Human Service (HHS), the federal agency that tracks health care privacy violations. Lord said that forty percent of the entities took longer than the 60-day window required by HHS.