HIMSS and the ACA 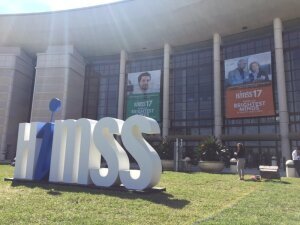 #HIMSS17
It is that time of year again, HIMSS is happening in Orlando, Florida, and HealthCare Business News is on the scene.

As you may already know, we have provided extensive coverage of the show this year. In fact, there is so much happening that we will probably still be talking about it next week.

The show is bigger and better than ever with great attendance and some very interesting and cutting edge services. It is interesting because many of the services offered today were incubated by the ACA.

It makes me think of the United States' initiative to reach the moon and some of the products that were invented as a result. Velcro comes to mind and I know there are others.

The ACA spawned so much technology and the vendors do not seem worried about the future. It is like a tacit acknowledgement that they provide a quality offering and they are here to stay.

I have written before that I think it is going to be tough to unwind the ACA even though that is President Trump's goal.

I also remember seeing on television demonstrations for and against so-called Obamacare.

Now, however there seem to be people in favor of keeping Obamacare and speaking out for it but I have not heard of anyone demonstrating for its repeal.

HIMSS vendors seem to believe that they are here to stay, maybe some form of Obamacare is as well.