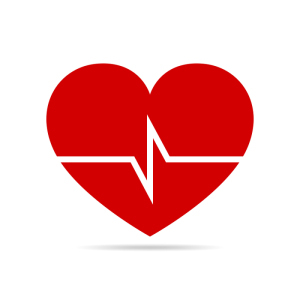 Let me tell you, health care is more than big business.

This past Monday at 7:30 in the morning I made an appointment to see my cardiologist, Dr. Lawrence Phillips. He told me that I needed to have a pacemaker installed that very day. At 30 beats a minute he explained to me that my heart wasn't working correctly. I won't go in to the details and it doesn't really matter — what matters is the way it was dealt with.

I went right away to the NYU hospital emergency room where I was further tested by Jen the ER nurse; I had another EKG, an ultrasound to make sure that my heart was healthy and a blood test to make sure that I had blood in my body and then some other tests which were equally pleasant, (I hate needles but Jen was a real pro!)

Next I went to the pre-op where a lovely lady named Annabelle shaved my chest, (I thought of Don Bogutski).

Throughout the process, everyone kept me informed. Sometimes people repeated the same things but I'm sure this was done on purpose because they assume you're going to forget so they remind you and remind you. I didn't mind, as a matter of fact I appreciated it.

Next into the EP lab. Where it must have been 20 people under the direction of Dr. Chirag Barbhaiya who went to work on me and in 30 seconds I was asleep. I woke up two hours later in post-op, a new man.

That night I was in an area where I was constantly monitored by Elena and her team, the next day I left at 11 in the morning.

I can't help but think that a hundred years ago I'd be dead by now. It's amazing to me that we live in a time when you can attach electrical wires to the heart and keep it beating at the proper rate.

I shared all this with Ed Sloan, someone I know who has a pacemaker and he told me that my wife would appreciate it if I adjusted the setting to 70 beats a minute! Maybe that's his secret...

I have to take it easy for a few weeks but I feel better already and everyone tells me that in no time at all I'll be able to exercise again just like I did before. I asked Dr. Phillips if I'd be able to play the piano and he said yes and I said that's great news considering I couldn't play the piano in the past.

We are all lucky to be alive at this wonderful time. Thanks also to all of the nice people at NYU Langone Medical Center.

There is one person who helped me more than anyone else but I can't mention his name here, but he knows who he is and I'm forever grateful.