Imaging rates on the decline overall since 2009: Study 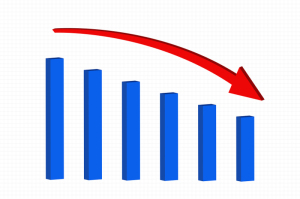 A small research group led by a radiologist concluded that efforts to curb health care costs and improve safety have resulted in less imaging testing since 2009.

The Center for Research on Utilization of Imaging Services (CRUISE) at Thomas Jefferson University and University Hospital (TJH) in Philadelphia examined Medicare Part B data from 2001-2014.

“Beginning around 2008-2009, the utilization growth trend lines flattened out, and in the last few years have even begun to drop somewhat,” Dr. David Levin, emeritus professor of radiology and past chairman of the radiology department at TJH and CRUISE told HCB News. “And this has affected the so-called high tech things like MR, CT, nuclear scans, and ultrasound.”

Their findings, published in the April issue of Health Affairs, ran contrary to usage data reported in the 2015 MedPAC report submitted to Congress.

“We were somewhat surprised by the findings,” said Levin. “There have been so many technological advances in imaging, and radiologists have learned so much about how to better diagnose diseases, that one would think the use of imaging would continue to expand.”

He cited several reasons for the decline in utilization his group found in the publicly available data. These include:


“Another point worth emphasizing is that the federal policymakers have achieved their goal when it comes to imaging,” Levin said. “The reimbursement cuts have halted the growth in the utilization rates of imaging. It used to be the fastest-growing of all physician services; now it’s the slowest.”

Levin added that his hope is the federal government will refrain from further actions to cut imaging reimbursement. Further reductions in reimbursement could make imaging a money-loser for hospitals. This could reduce services, and imaging centers could close.

“That will greatly reduce patient access to CTs, MRs, ultrasounds and the other imaging machines that are so important in making diagnoses,” he said.