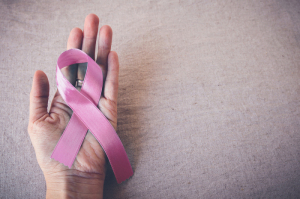 In one of the great unsettled medical debates of our time, key medical groups continue to argue about the age at which women should be screened for breast cancer, and how often.

A recent research letter and accompanying editorial in JAMA Internal Medicine makes the case for earlier screenings at age 40.

She cited several studies, including a 2014 Pan-Canadian trial. The study involved nearly three million women and found a mortality reduction of 40 percent in screened women, including between the ages of 40 to 49.

The JAMA article highlights the difference in recommendations between several groups and the US Preventative Services Task Force (USPSTF).

The USPSTF is an independent, volunteer panel of national experts in prevention and evidenced-based medicine, established in 1984. The new USPSTF guidelines issued last year recommend personalized screening decisions for women between the ages of 40 to 49 and biennial screenings starting at age 50 for women at average risk (no family history or other higher risk factors) for breast cancer.

A congressional panel delayed the USPSTF recommendations until the end of this year.

However, the ACR, the American Congress of Obstetricians and Gynecologists, The Society for Breast Imaging, and 81 percent of other primary care physicians surveyed (family and internal medicine) and cited in the JAMA article are in favor of the screenings starting at age 40.

The American Cancer Society splits the difference. They recommend personalized screening decisions for women 40 to 45, followed by annual screenings at age 45 and biennial screenings for women 55 and older.

Monticciolo said that even a USPSTF report for women aged 50 plus found that skipping a mammogram every other year would miss up to 30 percent of cancers.

"An analysis published in the American Journal of Roentgenology showed that if USPSTF breast cancer screening guidelines were followed, approximately 6,500 additional women each year in the U.S. would die from breast cancer," said Monticciolo.
1(current)
2