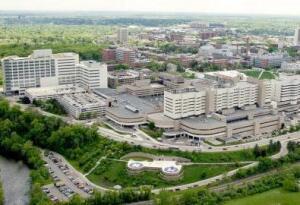 Data analysis was the key to reducing the number of patients undergoing diagnostic bone and CT scans by over 40 percent – as well as improving detection rates for metastatic cancers – according to a university report of the study.

"Traditionally, urologists have relied on their individual expertise and experience to decide who should be scanned," Brian Denton, professor of industrial and operations engineering at the UM College of Engineering, and professor of urology at the U-M Medical School, told Michigan News.

"These guidelines provide a new tool that will help them administer scans to more people who do need them and fewer people who don't. And the fact that we're using actual data from the state of Michigan, where the urologists and patients reside, is critically important," he added.

The reduction cut $275,000 in costs to patients and insurers, as well, the researchers noted.

The guidelines were distributed to about 85 percent of all Michigan urologists in the form of cards that indicated the maximum thresholds for PSA levels, Gleason scores, and cancer stage for a patient.

Denton's team developed the guidelines by crunching the health data from the Michigan Urological Surgery Improvement Collaborative (MUSIC), a physician-led collaborative of urologists. The group includes 85 percent of all Michigan urologists – and researchers at a number of the state's universities. The records were sufficiently detailed on each patient, allowing a predictive computer model to be developed.

Risks that were looked at in patients who had received bone or CT scans included age, type of prostate cancer and blood PSA levels.

"We were pleased to see that this intervention led to such meaningful results," said David Miller, UM professor of urology. "I think it shows the power of collaboration between medicine and engineering, and I'm looking forward to seeing how data and predictive analytics can help improve outcomes and efficiency in other areas as well."

Plans call for adaptation of the model to other parts of the country – if the data is there, which Miller called “the hard part.”

A phone app is also in the works.