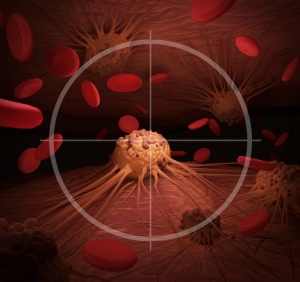 Researchers have developed a new imaging method that may be able to predict how cancer patients will respond to immunotherapy.

For the new method, the researchers designed a probe that binds to granzyme B, a protein released by immune cells that targets and kills tumor cells. They attached the probe to a radioactive atom and conducted a PET scan on two groups of mice as well as human biopsy samples.

The study was published in the journal Cancer Research.

“In the last couple of years, when people have done staining with samples, it’s shown that granzyme B is elevated in patients that have had an appropriate immunotherapy response,” Dr. Umar Mahmood, professor of radiology at Harvard Medical School and director of the Division of Precision Medicine at Athinoula A. Martinos Center for Biomedical Imaging at Massachusetts General Hospital, told HCB News. “We think it’s a reasonable hypothesis.”

Immunotherapies, such as checkpoint inhibitors, don’t work on all patients, Mahmood said. There is interest in finding out earlier whether the treatment will work or not so there is still time to use other therapies and avoid side effects.

“Let’s say we started someone on immunotherapy A and it doesn’t give a response, we can start on therapy B,” Mahmood said.

The researchers developed a different method to determine whether the therapy was working, rather than using traditional imaging modalities that measure tumor size or tumor glucose metabolism, because during immunotherapy, tumors appear larger after filling with immune cells and because immune cells can also use glucose.

The test is not linked to a specific therapy, Mahmood said.

“This would be a good readout whether you’re doing a checkpoint inhibitor or a tumor vaccine,” Mahmood said.

The researchers are now looking to test the method directly on patients.