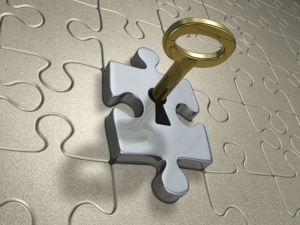 From the June 2017 issue of HealthCare Business News magazine

The concept of personalized medicine has been influencing patient care since at least the dawn of Western medicine more than 2,000 years ago.

Hippocrates, an early proponent of this concept, is said to have observed, "It's far more important to know what person the disease has than what disease the person has."

It was not until the 19th century that developments in chemistry, histochemistry and microscopy enabled scientists to understand the underlying causes of diseases. Those breakthroughs ushered in the innovations of the pharmaceutical and medical device industries of the 20th century and gave rise to genetics, imaging and data mining.

More recently, the ability to sequence the human genome finally put the concept of personalized medicine into practice, making it possible for scientists to develop technology that curates diagnosis and treatment for each individual patient.

Theranostics, a combination of therapy and diagnostics, is a form of personalized medicine. While it usually refers to genome and RNA sequencing, molecular theranostics is a uniquely promising specialty that is gaining momentum.

“Theranostics involving molecular nuclear medicine is a very small field within the whole field of medicine, but I think it has the most interesting, practical applications for theranostics," says Dr. Richard Baum, professor of nuclear medicine and chairman and clinical director of the Theranostics Center for Molecular Imaging and Molecular Radiotherapy at Frankfurt University Hospital in Germany.

Molecular theranostics typically involves a PET/CT exam in combination with a diagnostic radiotracer to determine whether a cancer patient would benefit from a specific therapeutic drug.

The field is not new, but it didn't gain traction until recently. The radiotracer iodine-131 was used in 1941 at the Massachusetts Institute of Technology to treat metastatic thyroid cancer, but it wasn't until 2011 that Frankfurt University Hospital launched the first world congress for molecular theranostics.

To date, the Theranostic World Congress has been held four times. In 2013, it was held in India. In 2015, it took place in the U.S. Last November it was in Australia.

The current gold standard
Most cancer patients are still treated based on their symptoms. The physician makes a diagnosis and then selects the treatment using data from large clinical trials, which predict with some certainty if the patient will respond to the treatment.
1(current)
2
3
4