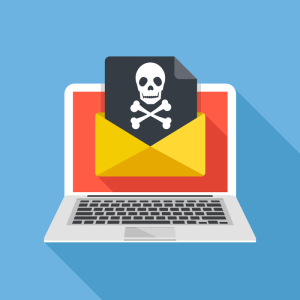 The UK's N.H.S. seems to be one of the hardest hit by a global wave of cyber attacks Friday.

Russian cybersecurity firm Kaspersky Lab reported that machines in up to 74 countries were slammed, according to the New York Times.

While the numbers are fast moving, a recent report from the Daily Mail, stated that as many as 57,000 have now been victimized, and it is thought that the virus is “spreading at a rate of five million emails per hour.”

The spreading ransomware demands “$300 dollars” to unlock a user's machine and can't be gotten around to date.

As many as 36 hospitals, doctors’ offices and ambulance companies throughout the U.K. have been impacted, according to the Times.

May said in a television report, “we’re not aware of any evidence that patient data has been compromised.”

This echoes an earlier report by the N.H.S. that also stated, “the investigation is at an early stage but we believe the malware variant is Wanna Decryptor.”

Besides the N.H.S., attacks have occurred in Spain, Russia, Japan, the Philippines, Turkey and Vietnam.

At the moment Russia, said the Mail, is the worst-hit country, with ransomware having infected not only companies but its Interior Ministry.

“The attack, dubbed “WannaCry”, is initiated through an SMBv2 remote code execution in Microsoft Windows,” Kaspersky Lab detailed. “This exploit [codenamed “EternalBlue”] has been made available on the internet through the Shadowbrokers dump on April 14th, 2017 and patched by Microsoft on March 14.”

The remote execution tool used to “ransom” the systems was part of the cache of hacking tools stolen from the N.S.A. and appearing online since 2016.

The N.H.S. appears to have been particularly vulnerable to the hacking because of its widespread use of the now-unsupported and vulnerable Microsoft Windows XP operating system.
1(current)
2