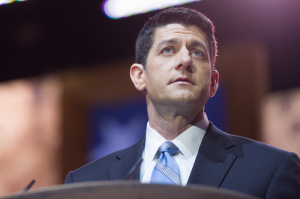 Paul Ryan
Up to now I have resisted comparing these health plans because honestly I haven't had a chance to really research it.

However, I read today that the non-partisan Congressional Budget Office has weighed in on this and it's their view that the current Republican plan would leave 23 million people uninsured and would not cover pre-existing conditions to the same extent as under the Affordable Care Act, (or so-called "Obamacare").

According to the CBO, people with pre-existing conditions, i.e. less healthy people, would pay more in premiums than healthy people and lower income people would have fewer options.

This combination of not covering pre-existing conditions and that healthy people pay less is a double whammy and makes it even more likely that some people will just be priced out of insurance. I can't help but wonder how this will impact emergency room costs.

Because the Republicans control the House they were able to pass a version but I'll be very surprised if the Senate goes along with it.

The Republican plan seems to push everything out to the states so it will be the state government that makes the decision not the federal government. I suppose that's good news for the federal budget but it still seems to me to be bad news for John Q Public.

It seems especially ironic since President Trump's supporters, I suspect, will suffer disproportionately more than anyone else.

All this is a little like Trump's recently introduced budget plan which almost everyone agrees is dead on arrival.

Don't take my word for it, Google the Congressional Budget Office report and read about it for yourself.