What would Dale Carnegie say about today's politics? 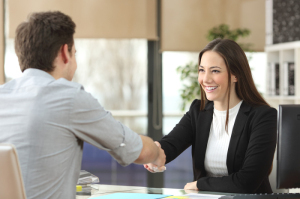 There are some things that people are not taught anymore and Dale Carnegie is a great refresher.

I think it's safe to say that Dale Carnegie was a gentleman and he encouraged business people to act like ladies and gentlemen.

One of my first and only bosses was Mr. Hal Tyler. Hal was a former Dale Carnegie instructor and he was the consummate gentleman and business person. I remember once after a customer had been impolite me I wrote a letter to respond to their unreasonable demands.

At 22 years old I proudly showed the draft to Hal and I expected high praise. To my surprise, Hal said "..Now that you got that out of your system, let's draft something more polite that will help us to get the business". He went on to say that it's always better to be calm and polite and even if you have to disagree do it in a polite way. Shortly after that he encouraged me to take the Dale Carnegie course.

I never forgot that lesson and I've learned not to say things that I might later regret. My wife Barbara is fond of saying, "dance like no one is watching but whatever you say or write imagine you're going to be deposed."

I can't help but think of Hal Tyler, my father — who was also a gentleman — and so many of the people that I come into contact with every day who continue to incorporate decency and kindness into their everyday affairs.

Many of our politicians are impolite and I'm sorry to say even our president is sometimes impolite. Many of the talking heads on television are no better. What a terrible example for our children.

I've quoted Plato in the past where he talks about the norms of society and how they will swing like a pendulum. I hope I live long enough to see the pendulum swing back to where our politicians can be respected rather than minimized.

Fortunately, hospital personnel are still considerate and polite. At least in our industry we still have the pleasure to work with ladies and gentlemen.