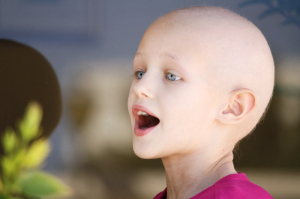 A Stanford research team has demonstrated that a single imaging test is effective in assessing whether pediatric cancer patients have sustained harm from their chemotherapy treatments.

"There is no dedicated imaging test that can detect chemotherapy-induced injuries of the brain, heart, and bones at an early stage and at once," lead author Dr. Ashok Joseph Theruvath, postdoctoral research fellow in the Molecular Imaging Program at the Stanford School of Medicine, told HCB News. "Our triple organ PET/MR imaging has great potential to fill this gap and help to detect early injuries before patients become symptomatic. This could then help us to prescribe interventions, which can prevent lifelong health problems. "

The study was recently published in the journal Radiology.

With treatment advances, according to Theruvath, survival rates are improving for children with cancer. However, associated chemotherapy treatments can lead to complications.

While chemotherapy-related chronic organ injury has been studied previously, he said that his team wanted to find a way to spot such complications sooner. This will help patients avoid a variety of health issues, ranging from memory loss and neurological problems, to heart failure and bone and joint injuries. The findings rely on statistical linear regression, a basic element of medical artificial intelligence.

"A linear regression model is a predictive analysis, which is used to explain the relationship between one dependent variable and one or more independent variables," said Theruvath. "In our exam, we analyzed whether cumulative chemotherapy doses of cancer survivors would correlate with specific imaging findings on our PET/MR scan."

The study included combined brain, heart and bone examinations conducted within a 90-minute test on ten patients who were pediatric cancer survivors. Eight of the patients had abnormal findings, including six patients with clinical symptoms and two with no symptoms.

While the team concluded that the test could enable earlier intervention in pediatric cancer survivors to improve survivability, more research is needed. This is especially true given the high cost of PET/MR.

"Our results are preliminary, and they need to be confirmed in larger cohorts," Theruvath explained." We are planning to streamline our protocol further so it can be integrated into the clinical setting."

He added that as a next step, the team is developing a screening test based on a blood sample. This test should identify patients who are hypersensitive to certain chemotherapeutic agents and at risk for specific tissue injuries. These patients who test positive for sensitivity, he said, could then be referred to the PET/MR imaging test.

He also noted that they expected that patients who received higher cumulative chemotherapy doses would show more severe tissue damage after chemotherapy.

"Since there is no clear relationship between chemotherapy dose and toxic effect, imaging plays an important role in determining who has encountered damage to which tissue as a result of their therapy," he said.

Theruvath added that in principle, the triple organ scan for cancer survivors could not only be offered to survivors of pediatric cancers, but also to adult patients.