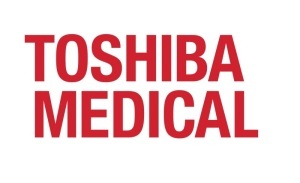 Since then, a lengthy regulatory approval process has taken place to complete the integration of the unit, necessitated by the global nature of the company that demanded it follow a variety of national or regional laws covering both pharmaceuticals and medical devices.

Toshiba Medical does business in over 140 countries.

“As a core part of Canon's medical equipment business, Toshiba Medical will continue to expand in order to accelerate the growth of Canon,” the Toshiba Medical said in a statement.

The deal by Canon for Toshiba Medical was controversial in its structure.

The latest response to the controversial buy was in July when EU merger commissioners sent Canon a Statement of Objection over the two-step deal it used to acquire Toshiba Medical Systems.

While the approval of the merger will remain “effective,” the examination of alleged violations of procedural rules could end up costing Canon as much as $2.9 billion in fines, according to a European Commission statement.

The organization said that in its preliminary view, the deal used a “so-called 'warehousing' two-step transaction structure, involving an interim buyer, which essentially allowed it to acquire Toshiba Medical Systems prior to obtaining the relevant merger approvals,” according to the commission.

The deal had already raised objections, including those in China and Japan.

The punitive measure was “for allegedly violating antitrust regulations with its acquisition of Toshiba Medical Systems Corporation,” according to China News.

The deal caused a serious stir among Japanese regulators and jilted suitors over its questionable structure when it happened.

Toshiba used a method to dodge potential legal entanglements in which it sold Canon an entity known as "MS Holding", a "special-purpose vehicle with but $300 in capital" formed solely to do this deal. The ploy took voting control from Toshiba Medical and gave it to MS Holding. This vehicle had only three shareholders — the former head of trading house Sumitomo Corporation, a lawyer, and an accountant. Each owned one-third of the entity.

The medical business went to Canon for over $6 billion and the deal got a regulatory nod of approval in May, but also earned a stiff warning.

“We decided to make an announcement about the warning to let everyone know that it is not acceptable, so the same method won’t be used in the future,” Takeshi Shinagawa, director of the Fair Trade Commission's (FTC) mergers-and-acquisitions division, stressed at a news conference at the time.

Complaints poured in from other jilted Toshiba suitors. One, losing bidder Fujifilm Holdings, took its outrage public, noting that it "would make a mockery of the law."