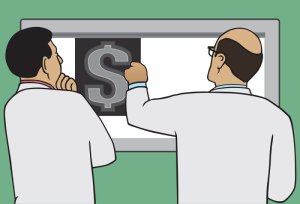 The health insurance giant Anthem Blue Cross and Blue Shield has continued to roll out its new guidelines for imaging services reimbursements, which push for increased use of cheaper out-of-hospital facilities for both MR and CT, according to the Richmond Times-Dispatch.

The plan has been rolling out in stages. When it began in July, it impacted local plans in Indiana, Kentucky, Missouri and Wisconsin. Then on September 1, it expanded to Ohio, Colorado, Nevada, Georgia and New York. In March, 2018, it will move to include Connecticut, Maine, and Virginia.

An Anthem subsidiary, AIM Specialty Health, is identifying “when hospital outpatient services for certain imaging tests, such as MR and CT scans, are medically unnecessary,” in the hospital setting, according to the Richmond paper. When that is the case, patients can get them at cheaper free-standing facilities.

“In those cases, these members can save close to $1,000 out-of-pocket for some imaging services, for those who haven’t met their deductible, and up to $200 for those whose plans require only a copay,” Lori McLaughlin, a spokesperson for Anthem Inc., told HCB News in August.

The cost differences can be dramatic between in-hospital and free-standing scan facilities.

According to Virginia Health Information, In central Virginia, an MR scan of a knee ran $597 in 2015 when done out-of-hospital, compared to $1,678 inside. An abdominal CT scan that cost $385 at a scanning center was $1,233 at the hospital.

Some have warned, however, that the focus on cost may have a negative impact on patients.

Julian Walker, spokesman for the Virginia Hospital & Healthcare Association, told the paper that the approach could lead to “care fragmentation,” and make getting the right care even more complicated for patients.

“Decisions about advanced imaging tests that patients need to diagnose and treat an illness or injury should be made with patient interests in mind,” said Walker. “Decisions by insurers to restrict where patients are permitted to receive a necessary medical procedure fail to meet that standard.”

When Anthem announced its plan, The American College of Radiology, called the move “arbitrary and unwise.”

“Denying patients covered access to care at such a vast number of facilities will delay care, increase wait times and force many patients to travel outside of their communities to get advanced imaging,” the statement read. “The policy may particularly impact patients in inner city and rural areas. In many areas, the local hospital outpatient setting may be the only immediate access point for advanced imaging outside of the main hospital.”

Anthem has stated that it intends to apply the new policy only when “at least two alternative free-standing imaging centers” exist that its clients can access, according to the Times-Dispatch report.