Taking a knee and brain injuries 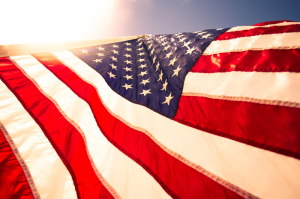 Chronic Traumatic Encephalopathy (CTE) is a big issue in American football but our athletes seem to suck it up and face the consequences of playing the game.

I did not hear President Trump ever raise this issue.

Many athletes have the perception that young people of color are singled out by the police, these same athletes are not afraid to be outspoken.

Do you agree with their position? Or do you disagree?

I keep thinking about what my father, the World War II veteran, would say...

He believed that he went to war to defend our way of life. That he was protecting our freedoms. Freedoms like speech, assembly and even the right to bear arms.

I have turned down the chance to attend a football game, and I do not watch sports on television. I do not think that young people of color get a fair shake, and I do not think women do either. I am not sure what to do about it, but I do believe that these football players have the right to speak their mind.

Still, I wonder why Trump turned it into an issue of national importance. Did he have a political agenda?

There were four U.S. solders killed in Niger six days ago. They were ambushed while serving our country. As of the time I wrote this, Trump has not tweeted on the subject.

Before the president made an issue out of the athletes I think only one or two players were involved. Now whole teams are engaged.

They take risks with their brains and their bodies and, in my opinion, they have as much right to peacefully express themselves as we have to not watch the games.

What would my dad say about kneeling during the National Anthem? He probably would not agree with it. He taught me to stand at attention with my hand over my heart during the national anthem and I always do. When I have the chance I sing. However, I believe that prejudices that exist in the U.S. threaten to change our way of life and even my dad might be willing to accept kneeling if he felt it was for the greater good.