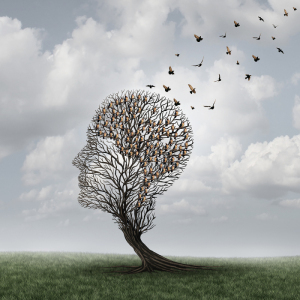 The Boston-based company has agreed to submit its investigational imaging agent, MK-6240, in a worldwide clinical trial led by the Dominantly Inherited Alzheimer’s Network Trial Unit (DIAN-TU) at Washington University School of Medicine, for developing a treatment to prevent the occurrence of Alzheimer’s. It also hopes to conduct research on the use of NAV4694, a beta-amyloid agent, as part of a sublicensing agreement outlined in a non-binding letter of intent with Navidea Biopharmaceuticals, Inc.

“Cerveau welcomes this opportunity to work with the world-class DIAN-TU researchers to understand the application of MK-6240 and how it may benefit patients with this devastating disease,” Rick Hiatt, president and CEO of Cerveau Technologies, said in regard to the DIAN-TU agreement in a statement. “The DIAN-TU trials will provide a rigorous and powerful test of our imaging biomarker while evaluating potential preventive treatment options for autosomal dominant Alzheimer’s disease.”

The DIAN-TU trial platform is the first to initiate a trial for identifying drugs to prevent or slow progression of the disease in people who are projected to almost certainly develop it from inherited genetic mutations. It specifically involves participants who are at risk of carrying mutations linked to early-onset Alzheimer's, which usually starts in the 30s, 40s and 50s.

DIAN-TU’s international team plans to use MK-6240, designed to detect brain protein tau levels through PET scans, to track tau tangles and validate if the marker could serve as a shortcut to drug development. The trial is taking place in 24 sites throughout all seven continents with plans to expand to other countries due to the rarity of dominantly inherited Alzheimer’s disease genetic mutations.

Cerveau is also in the midst of forming an agreement with Navidea for the worldwide rights to conduct research on the use of NAV4694, which is currently being evaluated as a form of assistance in the differential diagnosis of early-onset Alzheimer’s.

The agreement, if successful, also will grant Cerveau an exclusive license for the development and commercialization of the agent in Canada, Australia, Singapore and China. Cerveau and/or its fully-controlled subsidiary will act as a designated party for the rights, which are a product of the relationship between Navidea and Beijing Sinotau Medical Research Co. Ltd., a subsidiary of Sinotau Pharmaceutical Group. Financial details of the arrangement will not be disclosed until a definite agreement has been reached.

Cerveau recently entered a license and supply agreement with AbbieVie for use of its investigational PET imaging agent, [F-18]MK-6240, as a biomarker in clinical trials that also are seeking out treatment for Alzheimer’s.

Cerveau and Navidea did not respond to calls or emails for comment.