Better staff management can save NHS £200 million per year 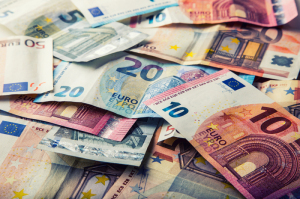 What about the U.S.?
Researchers in the U.K. have uncovered a way for the National Health Service to save over £200 million per year.

The secret sauce is the better management of staff, according to a report published on Wednesday by the What Works Centre for Wellbeing.

"The research — along with a number of other studies on the British NHS and across the British economy as a whole — indicates that gains in organisational performance do not have to come at the expense of gains in workers' well-being," Kevin Daniels, professor at the University of East Anglia, told HCB News. "Therefore, we hope the research will help to build a case for introducing a range of good people management practices regardless of sector"

Daniels and his research team at the university evaluated data collected between 2012 and 2014 from 135 to 243 NHS Trusts in England. They found that Trusts that made the most of good people management practices were three times more likely to have the lowest levels of staff sickness absence, and were at least four times more likely to have the most satisfied patients.

However, they found no connection between these people management practices and patient mortality.

The practices include extensive training, performance appraisals, encouraged team working, clear roles for staff, supportive management and staff involvement in decisions about how to do their job as well as their departments and the Trust.

The Trusts that deployed all of these practices had sickness absence rates of about 3.7 percent, compared to 4.4 percent for those that only deployed a few. The researchers calculated that if all Trusts reduced their absence rates to 3.7 percent, that would save the NHS £200 million in sick pay each year.

"The costs for staff absence may be different in the U.S. than the U.K., so I do not think there is a direct comparison," he added. "That said, I can't think that U.S. managers are any different from U.K. managers in wishing to minimise staff absence if they can."