What's your view of CHIP? 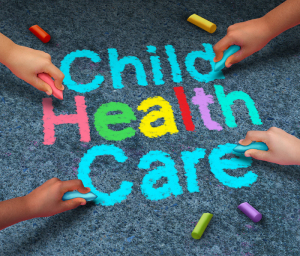 Unless you're living under a rock you know about the Children's Health Insurance Program (CHIP).

You've probably heard about this on the news or maybe you've seen Jimmy Kimmel on late-night television raise the alarm on this. The funding ran out but Congress passed a short-term funding solution for now until the middle of January.

Some estimates say that there are 9 million children whose families earn too much to qualify for Medicaid coverage but don't earn enough money to pay for private health insurance.

CHIP has been in existence for just about 20 years and I read on CNN that it costs about $56 billion which, when you think about it, is nothing compared to the money that the government spends especially after we just passed a $1.5 trillion tax cut.

The House passed a bill to provide five years of funds but those funds would come in directly from the Affordable Care Act which many people are trying to kill.

It's such a can of worms in my mind with people using innocent children as leverage to further their political agenda. It really is a sad situation and a lot of people won't be enjoying a happy new year because they'll be worrying about how to pay for their children's health coverage.