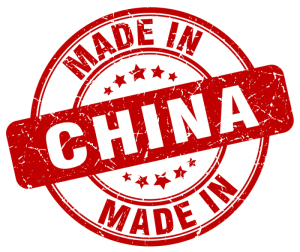 I made my first trip to China in 1977 and visited the country on business more than 70 times so I am always interested in what happens there.

Mr. Evan Osnos is a writer with the New Yorker magazine and he has written a piece that you might want to read etitled, Making China Great Again.

It seems that the political leaders in China see this time as a time of Strategic Opportunity. As the U.S. wants to take a less active role in the world, China seems to want to take a greater role.

China is investing in business in South America and Africa and Central Asia and the good old USA.

This is a dramatic change because in the past China has followed the strategy of Deng Xiaoping when he said China must hide its strength and bide it's time. It seems that finally China has reached the point where they don't have to bide their time anymore as they feel they are on the way to becoming the dominant world power.

As the U.S. is stepping back from funding United Nations peacekeeping efforts China is increasing their spend in the UN.

China has embarked on a program in Asia and Africa of building roads and bridges. They're spending seven times more than the U.S. spent on the Marshall Plan.

The Marshall Plan, you might recall, was more than just an effort to rebuild infrastructure in Germany and Japan. It was also an attempt to introduce the values of the U.S. around the world. In the past our government felt that it was important to promote our values around the world. Now it seems that we do not.

One takeaway from the article is that this strategic opportunity will last at least as long as Donald Trump is the U.S. President. I can't help but wonder if all this is good for our country and good for the world.

What do you think?