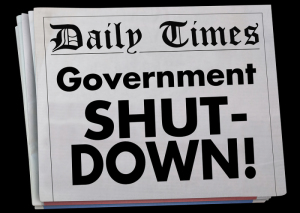 Whether I look at the New York Times, the Wall Street Journal or the pundits on television, there are different views about who blinked after the government shutdown.

If you ask me, the real winners are the roughly nine million children who will benefit because Congress has extended the Children's Health Insurance Program (CHIP) by another six years.

I am really fed up with our politicians. I think it is completely wrong that they could not work together and instead allowed the government to shutdown.

Even if you feel strongly one way or another about a particular policy of our government, it seems to me that you should be willing to accept that other people you share the country with will have a strong feeling that is different from yours.

Imagine if I liked cauliflower and my wife preferred broccoli and my wife said, 'I won't allow electricity in the house or running water unless you refuse to give up cauliflower!'? But that does not happen. In fact, my wife lets me cook cauliflower from time to time, and I accept that she prefers broccoli. That is because we are a family and we agreed to compromise.

Why can't our government officials do the same?

For people who are powerful and well-to-do financially to deny health insurance to those who are less fortunate, and to use it as a bargaining chip, is wrong in my opinion.

I dread that in another 14 days, we are going to have another government shutdown. This time, over building a wall between the United States and Mexico.