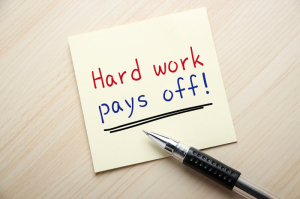 One of the things I've learned in business is that the people who work hard are the ones who succeed and prosper.

People who don't focus their time and effort on achieving a goal — in business or elsewhere — will not succeed.

A recent example of this was the men's 30km skiathlon at the Winter Olympics in South Korea last Sunday. There was an athlete from Norway named Simen Hegstad Kreuger who was in the starting group and somehow collided with another skier. He was knocked down and broke his ski pole while the rest of the pack was far ahead of him.

Whatever your line of work, there's a lesson here.