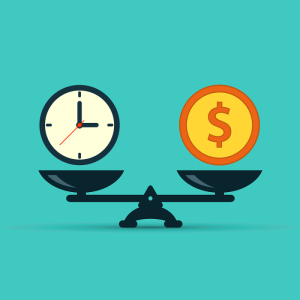 Dr. Albert Shar is managing principal at QERT, a technology consultancy for health care organizations. Shar has held a variety of positions in the health technology sector including VP of IT at the Robert Wood Johnson Foundation, director of technology services at University of Pennsylvania Health System and the CIO of its Medical School. He is also writes extensively on the field of health care, computer science and pure and applied mathematics. He spoke with HCB News about the challenges of cost containment.

“Cost containment is great, but you have to put it into context,” he says. “Health technology is advancing and cost advances with that. So ‘containment’ is always a moving target.”

The problem, according to Shar, is that health care’s goals are miscast too often. He believes the issue that has to be redefined is the desired outcomes. “Right now, most of health care’s success is defined as living longer. Living longer is always more expensive than living shorter. The cheapest health care is to let someone die, there’s no cost going forward after that.”

Of course, Shar is channeling his Jonathan Swift. The point is that a difficult conversation needs to take place, albeit not as extreme as the satirically proposed solution for cutting costs. “What we really need is to put in a measure of quality for the patient. Living longer isn’t always necessarily good.”

He believes it’s easy to set up what the priorities for care should be. For instance, a physician obviously shouldn’t introduce a treatment that doesn’t work or won’t help. And each patient is an individual and should be treated as such (even if some of the conversations around big data are about patterns among patient cohorts to help determine course of care). Additionally, it’s an ethical given to choose the less expensive of two equal treatments and to eliminate redundancies. But once you delve further, those simple pieces become problematic.

“We spend the most on health care in the last years of life,” says Shar. “We need to change the culture of what people realize they want,” he says.

By that, he means that health care providers need to have honest conversations with patients before they’re in their most vulnerable state (i.e. cognitively impaired or terminally ill). He thinks that when presented with the facts in an honest conversation, most people don’t want to live without anything they define as quality in their life.

“Physicians aren’t trained to think about quality of life, they’re trained to preserve life. People fear death, so trying to educate people and physicians to have a rational conversation around that is really a spectacularly important piece and would probably save a fair amount of money.”
1(current)
2