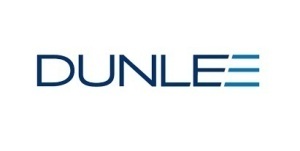 Some months ago, Philips announced that the Dunlee facility in the U.S. was transferring production to Europe. When that happened, in addition to my nostalgic reminiscence, I made a prediction about Dunlee.

If you operate or manufacture CT scanners, by now you know that Chronos Imaging will be taking over the building in Aurora, IL, where Dunlee produced CT tubes.

By the way, there its a good chance you read it first here on HCB News, as we scooped the story. If you have signed up for our free Daily News Digest then you new it sooner than most.

Anyway... I was sure those many months ago that somebody would have to provide an alternative CT tube option. At the time, Philips had a lot of suitors. Varex, Richardson Electronics, now rumored to be looking at the CT Tube market, Analogic and several Chinese firms... (no surprise there).

In the end, it was Chronos that made the deal. I have to admit I was pleased to hear this. Why was I pleased you ask?... I am optimistic because Chronos is not a public company which means that they can turn on a dime if they have to. To me that means management will not have to consider the parent company's agenda when deciding which tubes to manufacture.

As it was those months ago, it is still my prediction that the market needs another option for CT tubes and that option is now available.

If you read our news story, you know that Rob Piconi put this deal together. He is well known to insiders but for the most part keeps a low profile. He has history of building firms, both medical and non medical. Most recently he grew MESA into a bigger firm, then helped as MESA became Pantheon with its 11 different acquired European service firms. Pantheon changed its name to Althea and is possibly the most well known independent service firm in Europe.

Rob is a very capable guy and I expect great things from him and this new company. Rob is also charming... my wife sat next to him at dinner in Rome and again at RSNA and to this day she calls him the most interesting man in the world!