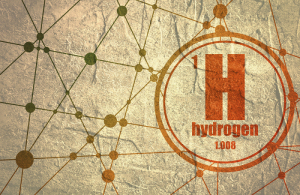 “We remain eternally grateful to our customers in the United States, Europe, Japan, Middle East and South Africa who showed their unwavering support and wished us well,” Phumzile Tshelane, the CEO of the South African Nuclear Energy Corporation Group (Necsa), of which NTP Radioisotopes is a subsidiary, said, according to ESI Africa. “To all our stakeholders globally, who were affected, we thank you for your understanding and patience. Your empathy throughout this period is highly appreciated.”

Necsa ordered the shutdown in November following discovery of the leak, hitting the facility with a production loss of 3.5 million rand ($300,885) daily.

The company thanked facility staff for working days, nights and weekends to resolve the issue and get production rolling once more.

“Necsa will continue to ensure that the safety culture is entrenched amongst all employees,” said Tshelane. “We encourage and remind our employees that it must be SAFETY FIRST as they carry out their responsibilities in their respective areas of work [in the nuclear industry].”

Hydrogen leaks are impossible to detect with human senses due to the colorless, tasteless and odorless characteristics of the gas. Risk, depending on conditions, can include burns and other injuries, as well as asphyxiation.

Similar risks are also a reality in the event of a refrigerated liquid helium leak, which occurred earlier this month at JFK Airport in New York when an MR scanner was damaged during transportation.

NTP Radioisotopes referred HCB News to Necsa. Necsa did not respond for comment.