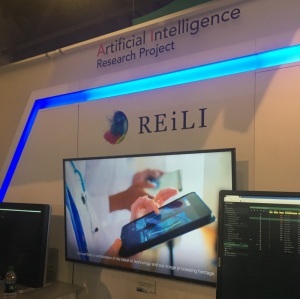 The Japanese enterprise seeks to integrate AI capabilities with its imaging and informatics technology by adding algorithms to enhance image recognition, computer aided detection and diagnostic imaging workflow, and create an open platform in collaboration with a variety of health care players.

“We want to have a platform where if a third party develops a really good algorithm in some area of the body that we feel would be valuable to bring into one of our applications through our AI platform, we’re going to collaborate with that third party,” William Lacy, vice president of medical informatics at Fujifilm, told HCB News. “We also need to work with provider partners since we have to expand that network of provider partners we’re working with to make our AI capability stronger and make sure we’re capturing the use cases they think are important. Providers are also developing AI algorithms and we want to make sure they can work on the platform as well.”

The name, "REiLI," implys intelligence and resourcefulness in Japanese. It also is derived from Rayleigh, a unit of light measurement in physics, as Fujifilm perceives the initiative as a "new light" for its customers.

Development for the platform is based in Raleigh, North Carolina, providing greater potential for the corporation to pursue collaborations with providers, AI technology developers and third-party players based in the U.S.

It also is carried out in collaboration with the Tokyo development team, which provides a wide range of image recognition technologies.

Though initially focused on integrating AI technology into Fujifilm’s radiology PACS with plans, the project will eventually extend to include the other imaging and informatics products manufactured by Fujifilm both in and outside of radiology.

Lacy says such developments hold many prospects not just for workflow but research as well.

“The most important initiatives right now are to train the Fuji-developed algorithms,” he said. “That’s a process that everyone’s going through.
We want to bring use cases directly into the applications so people can feel our AI platform improving worklists and workflows and bringing value to imaging, [with] communication to certain physicians of findings that AI is seeing. We also want to enable the research aspect of AI. There’s a tremendous amount of research acceleration that can happen by applying AI.”

Fujifilm recently demonstrated the first live performance of its AI research initiative at RSNA in November, using its radiology PACS as a prototype to show physicians potential AI use cases for enhancing their everyday practices.