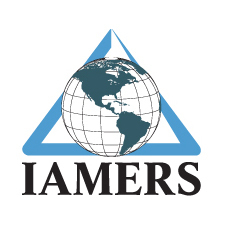 IAMERS, the International Association of Medical Equipment Refurbishers and Servicers, is celebrating its 25th anniversary and this year the annual meeting is in Charleston, South Carolina.

The industry has changed so much over the years and so has this trade association. I remember when the association was founded, in those days there was no Internet, no email, no digital photographs as a practical matter and no smart phones.

There were no regulations regarding service or sales and in many ways, by comparison, it was like the wild wild west.

The economy was booming, hospitals were buying things right and left and technology was evolving at a rapid rate. It seemed like every time you turned around there was an improvement to an existing product or even a new product.

Scanners were getting faster, MRIs were moving to high field magnets and there was a broad range of improvements to equipment.

There were lots of brokers in those days and lots of demand.

Look how the industry has changed:

Hospitals are spending less money. Manufacturers are competing more aggressively. In the past they couldn't be bothered with preowned equipment and now they have whole divisions dedicated to it.

As a culture we succeeded in making people live longer and there are more people alive today. In the same way our airports are busier there is greater stress on hospitals to do more with less.

Members of IAMERS have become less about brokering and more about value-added service and equipment maintenance.

IAMERS is the voice of that industry segment and the association has continued to evolve and remain relevant.

I'm glad to be here. I will report back after the event