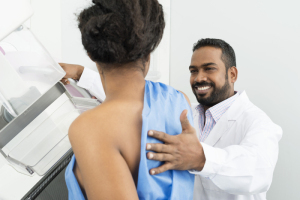 “Certain levels of density make it almost impossible with traditional mammography to see the cancer,” Senator Christine Rolfes of Washington and a sponsor of the bill passed there told HCB News. “Having the kind of breast tissue for which a mammogram is not as efficient in evaluating is integral for a woman to know, as it allows her to seek out and receive the appropriate test results. It allows a woman to get a different level of mammograms so that she can make sure she is cancer free.”

Though physicians are made aware in their own reports if a patient has dense breast tissue, many in certain states are not required to disclose this information to the patient, a fact that has attracted opposition from politicians and health care advocates on both state and national levels.

U.S. Senators Dianne Feinstein and Dean Heller for instance introduced, in October 2017, the Breast Density and Mammography Reporting Act of 2017, which proposes the establishment of a minimum federal standard, requiring that women be notified if they have dense breast tissue.

From Rolfes’ perspective, many challenges to enacting these forms of legislation stem from resistance by physicians who do not want to be directed by legislators in their work and fear that such laws would create greater anxiety and distress for patients upon receiving mammograms with the doctor unable to thoroughly advise them on what steps to pursue.

She notes, however, that the medical community is beginning to cooperate more, and that greater prevalence, availability and affordability in technologies such as 3-D mammography and tomosynthesis are reducing many of these barriers.

“Now that there are alternatives in communities around our state to the traditional mammogram, the next step is getting a more detailed mammogram that is available for women and more affordable," she said. "In terms of hospitals, I would say if the breast cancer is detected earlier, then I think that enables earlier conversations with doctors on how to monitor it or what steps to take next. I think it’s an extra tool, and more importantly, I think that the point is that it gives women knowledge about their own health care and enables them to have conversations with our doctors with more knowledge.”

Rep. Gayle Harrell, who sponsored the successful bill in Florida, said these laws will also serve to educate the public about dense breast tissue as a risk.

"Dense breast is a risk factor. Most women don’t realize that," she told HCB News. "Most younger women are those with dense breasts. As you get older, you have more fatty tissue and it’s easier to diagnose breast cancer. For younger women, it’s especially important that they get diagnosed early because especially in younger women, breast cancer can advance very rapidly. I think it will have a positive impact in diagnosing early, and offers women the ability to get the appropriate treatments as early as possible."

Such laws are partially a result of grassroots efforts by nonprofits, such as Are You Dense Advocacy, Inc., headed by founder and executive director Nancy M. Cappello. The organization succeeded in getting the first law passed in Connecticut in 2009.

The laws in Washington and Utah are set to go into effect in January 2019. Florida’s will become effective in July of this year.