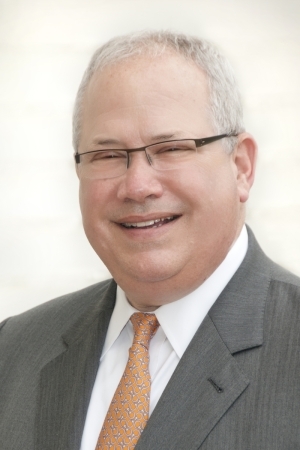 Paul S. Hochenberg
From the May 2018 issue of HealthCare Business News magazine

HealthCare Business News recently spoke with Paul Hochenberg, executive director for MidHudson Regional Hospital, a member of the Westchester Medical Center Health Network (WMCHealth), to learn more about the relatively new hospital that has existed, in a way, for more than a century.

HCB News: How long have you been with the Westchester Medical Center Health Network?
Paul S. Hochenberg: I’ve been with the WMCHealth network for 12 years in May, holding senior administrative positions and starting in Valhalla. For the past almost four years, I’ve been at MidHudson Regional Hospital.

HCB News: What drew you to a career in healthcare?
PH: I guess years ago I was intrigued by the marriage of healthcare and business acumen. I entered into the field 45 years ago. At that point, there were very few programs for healthcare executives, so I got in, I guess you can say, in the infancy stage of the healthcare business. It was intriguing to me to be able to apply business principles to hospitals and healthcare.

HCB News: Some healthcare networks designate certain roles/specialties to each facility, while others assign regions to each facility. What kind of structure does MidHudson Regional fit into?
PH: MidHudson Regional Hospital is part of the “Northern” regional strategy. WMCHealth is very large now, with 10 hospitals, the flagship institutes being Westchester Medical Center and the Maria Fareri Children’s Hospital in what we call our Southern Region, closest to New York City. There are various hospitals in various regions, spanning eight counties north of New York City. Bon Secours, the three-hospital charity system, is in the West; there are four hospitals in the Northern Region, which would be MidHudson Regional and three hospitals within HealthAlliance of the Hudson Valley. So we’re working collegially on clinical integration in the North. I’m working with my colleagues, and staff is working together, to look at the clinical implications of providing care to the region under the umbrella of WMCHealth.
1(current)
2
3
4
5
6