NEMA calls for reform or alternatives to China tariff proposal 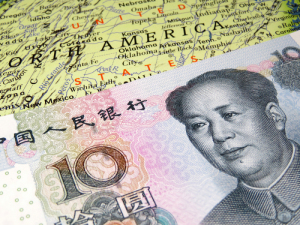 NEMA has called for the USTR to
reconsider its 25 percent tariff
prosposal
The National Electrical Manufacturers Association (NEMA) testified Tuesday before a committee about the ramifications a tariff proposal by the Office of the United States Trade Representative, would have for medical imaging and other types of manufacturers who import their products or parts from China.

The trade association argued to the Section 301 committee that imposing a 25 percent tariff on more than 100 electrical products imported from China poses the risk of creating an unfair playing field among manufacturers as well as additional tax burdens on companies and the risk of upsetting the Chinese in a move that could hurt U.S. trade internationally.

"According to U.S. government trade data, we have estimated the 2017 value of Chinese shipments to U.S.-based electrical and medical imaging manufacturers was approximately $9 billion, or slightly less than 1/5 of the entire $50 billion in imports targeted by the proposal," NEMA told HCB News. "If the 25 percent tariffs are implemented as proposed, they would represent a tax increase on U.S. manufacturers and their industrial, commercial, and residential customers valued at about $2.25 billion."

The proposal, announced in March by President Donald J. Trump, aims to curb interest among American companies in transferring technology and intellectual property to domestic Chinese enterprises, issuing a tariff on approximately $50 billion worth of Chinese imports.

USTR argues that such an action is valid under Section 301 of the Trade Act of 1974, which authorizes the president to take all appropriate measures, including retaliation, to remove any act, policy, or practice of a foreign government that violates an international trade agreement or is considered unjustified, unreasonable, or discriminatory, and that burdens or restricts U.S. commerce.

The list of items affected includes CT, MR, ultrasound, and X-ray units, but extends to a variety of other technologies, from electric motors to residential thermostats.

NEMA claims that by issuing a 25 percent tax on each imported product or component, the tariff puts those affected by it at a competitive disadvantage to domestic and foreign manufacturers not impacted.

In addition, the proposal places greater tax burdens on U.S. manufacturer operations that already pay for steel and aluminum imports, and increases the risk of a retaliation by China that could materially disadvantage many in the Chinese and global markets.
1(current)
2