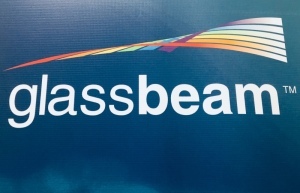 Glassbeam has expanded its technology for
detecting anomalies in components of
CT scanners such as tube temperature
Maintenance and repair for CT scanners may soon be more immediate, less frequent and more affordable following the upcoming expansion of Glassbeam Inc.’s anomaly detection technology.

The machine data analytics company elaborated on the development at the AAMI 2018 Conference and Expo in Long Beach, California, referring to it as a part of its approach for utilizing AI capabilities to detect and alert providers to changes in components of computed tomography scanners from tube temperature to waterflow. They plan to eventually include other critical imaging modalities such as MR.

CT scanners are equipped with sensors for monitoring different variables such as water temperature, waterflow, air temperature, fan speed, and tube temperature. Though each sensor periodically records its readings to determine if tracked variables are in the normal range, the task of accurately identifying which sensor readings are in the normal range and which ones are not is complex, often leading many to use a rule of thumb to form manually-defined thresholds.

ML-based AD techniques use historical data to train a model that can be used for detecting anomalous sensor values.

With Glassbeam’s technology, providers can utilize machine learning-based AD techniques to predict anomalies from historical data sets and address issues earlier, saving millions in maintenance costs, as well as being able to plan out more efficiently strategic actions for the management of their imaging modalities.

In addition to detecting single abnormal readings, the technology may be used to detect combinations of these readings from two or more different sensors, further helping Glassbeam raise mean time between failures and machine uptime from the industry standard range of 96-97 percent to more than 99.5 percent.

The expansion is the second phase of an initiative launched in February in which machine learning was deployed to detect with high accuracy tube failure in CTs, seven to ten days prior to the actual occurrence of such events.
1(current)
2