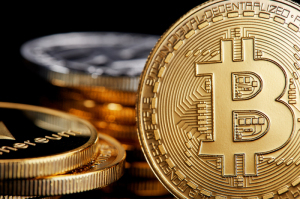 The growing number of cyberattacks are
targeting blockchain-based cryptocurrencies
A phishing scam in the form of a fraudulent cryptocurrency “wallet” service drained $4 million from unsuspecting customer accounts over a period of six months.

This was just one of numerous cybersecurity attacks recorded around blockchain-based cryptocurrencies in 2017, according to a report by McAfee on the online dangers associated with this technology.

“Blockchain can have a revolutionary impact in solving very real business problems, but only so long as security does not fall victim to urgency in the rush to adopt the technology,” said Raj Samani, chief scientist at McAfee, in a statement. “Given blockchain’s potential for creating value and the tremendous enthusiasm to implement it, cybercriminals will seek every opportunity to strike at all available technical and human vulnerabilities in the emerging blockchain ecosystem.”

Predicted to reach a value of $9.6 billion by 2024, blockchain technology is set to become an integral part of the running of various industries from retail to healthcare to government.

Yet cyberattacks in the form of phishing or fraud schemes, malware, implementation exploits and technology vulnerabilities pose great threats to this technology, with research indicating growing trends of miners and cryptojacking in the creation of vectors for monetization and infection via malware, respectively.

Further support can be found from attacks on cryptocurrency exchanges, such as Japan’s Coincheck which lost $532 million in January to hackers, affecting 260,000 investors.

Attacks like these call into question the cybersecurity measures in place around their implementation and operational processes, with McAfee researchers arguing that rapid implementation of blockchain technology without proper protection can have detrimental impact on a company or provider’s finances.

“Governments, cybersecurity vendors, and businesses must be diligent in understanding the threats and minimizing the risks,” said Samani. “Without adequate education for users and industry, secure implementation best practices, and strong technical security standards, the widespread adoption of blockchain by major industries and governments could end up costing billions of dollars and impacting millions of people.”

McAfee did not respond to HCB News for comment.