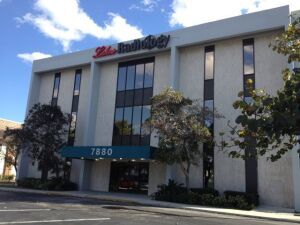 The FDA has ordered Lakes Radiology II in Sunrise, Florida to refrain from initiating any mammography, deeming it as not up to par with the clinical image quality standards of its accreditation facility and those outlined in the Mammography Quality Standards Act (MQSA). It has also mandated for the practice to notify patients who were scanned between May 16, 2016 and April 9 of this year of the matter in letters, according to NBC 6.

"[MQSA is] something that Congress came up with in the 1990s to make sure that facilities that practice mammography do it under a certain quality standard," Dr. Monica Yepes, head of radiology at the University of Miami's Sylvester Comprehensive Cancer Center, told NBC 6. "So, what happens is that we get tested regularly to make sure we are meeting those standards."

The problem first arose in April, when the FDA denied accreditation to the center after it tried to obtain a second mammography scanner, due to a technical issue.

The owner of the center would not comment on the matter any further to NBC 6, only specifying that the letters do not necessarily signify that mammography results were wrong. Nevertheless, exams for most patients will be reviewed to determine if repeat mammograms are required.

Accredited centers must have certificates stamped with a seal from the American College of Radiology to perform mammograms.

Yepes recommends patients validate this by asking radiologists who interpret mammograms if they have a subspecialty in breast imaging and to go to practices where clinicians spend at least half of their time interpreting those types of scans. She also advises that those who get a letter request their records, including reports and CDs.

"Other things to look at are if the facility where you are having your breast imaging is a facility that offers other modalities in addition to mammography, such as ultrasound and MR, and if do they do biopsies," she said.

Lakes Radiology II offered MR, ultrasound, CT, nuclear imaging and other services prior to the FDA’s demands, and is now working closely with the agency to resolve all issues found.

The center will provide records to patients at no charge and expects any problems to be resolved in the next few weeks, at which point it will reopen its mammography department to the public.

Issues that violate MQSA and other mammography standards can place a facility out of commission for some time if not addressed, and in some cases can shutter them. One medical imaging center, also in Florida, was forced to close in February for failing to meet standards for mammography performance laid out by the American College of Radiology.

Mammograms, ultrasounds and MRs are still offered by Lakes Radiology’s other location in Miami Lakes where there are no problems.

Lakes Radiology II did not return calls to HCB News for comment.