The present and future of spectral imaging 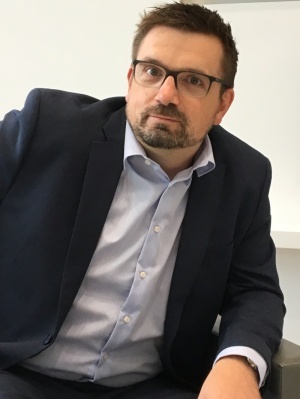 Decades before it debuted in the clinical setting, the concept of spectral imaging – the acquisition of two or more different X-ray spectra – intrigued the scientific community.

After 30 years of gradual momentum, spectral imaging has thrived over the past decade. Published papers proliferated from less than 50 in 2006 to nearly 350 in 2015, according to PubMed, and spectral imaging’s presence has expanded far beyond the academic institutions that once used it exclusively. In the past two years, adoption has increased rapidly in large, nonacademic hospitals – specifically, in their emergency departments (EDs), where up to 60 percent of all CT scans are conducted in spectral mode. Over the next three years, midsized (200- to 400-bed) hospitals are similarly expected to acquire more CT systems with spectral imaging capabilities.

The value of data obtained from two different energy spectra is multifold. In ED and trauma departments, where speed is critical, spectral imaging can rapidly visualize subtle fractures and bone marrow edema in patients who don’t have time for – or easy access to – a magnetic resonance imaging (MR) scan. Additionally, spectral imaging can improve iodine visualization in the GI and GU tracts for better visualization of solid organ injury or ischemia (i.e., ischemic bowel). Spectral imaging also enables easier, more accurate identification and visualization of pulmonary embolisms, especially at suboptimal contrast enhancement. Finally, it can help clinicians characterize incidental lesions as non-enhancing (i.e., cysts) or enhancing (i.e., requiring additional workup). Outside of the ED, spectral imaging has been widely adopted for multiple applications in radiology and oncology (e.g., improving lesion visualization and characterization).

Despite these benefits, spectral imaging was not widely adopted for many years due to workflow issues. Fortunately, medical device manufacturers have invested heavily in automating the postprocessing of spectral data. These companies are also migrating spectral imaging to more accessibly priced CT systems.
1(current)
2