Will the dollar remain as the world currency? 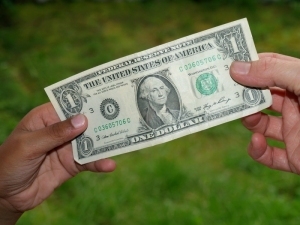 President Trump is one of those people that you either love or hate, but nobody can argue that the U.S. economy is in better shape. The question is, what will happen in the future?

President Trump's America First policy seems to be good for our economy, but I wonder, at what long term costs?

The U.S. is no longer a part of the Trans-Pacific Partnership, which started during President Bush's administration and was continued by President Obama. Although we left, the other countries are still partners and I believe that the net winner will be China.

China is trying to make the Chinese yuan a world currency, on par with the dollar and the euro and in a way, this helps them.

If we are not involved in the negotiation or the TPP, who is going to look out for us?

The U.S. is responsible for the World Trade Organization, but that is not an America First idea and so we have abandoned that initiative. China on the other hand, is very active in the WTO and I am sure they are going to try to make rules which benefit them.

The U.S. pulled out of the agreement with Iran, but the European countries that were members to that agreement are trying to find a way to continue to do business with Iran, based on the Euro.

I heard a European Union politician in charge of finance, interviewed by Fareed Zakaria, say that Europe was going to try to make the Euro stronger and erode at the U.S. dollar's world dominance.

So right now, the United States can do almost anything, because the dollar is the world currency, but there are a lot of forces at play, attempting to reduce that dominance and reduce the influence that the U.S. has on the world.

Ronald Reagan said, in 1984, that America is a shining city upon a hill whose beacon light guides freedom loving people everywhere. I will be sorry if our country loses that position and I hope that there is a way to have a stronger economy while still setting a positive example for the world.