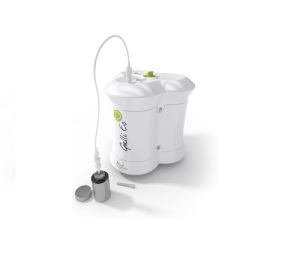 ELiT Galli Eo generator
Cardinal Health has signed on as a distributor of IRE ELiT’s Gallium-68 generators, the availability of which is expected to help reduce the shortage of such solutions and the challenges created for nuclear medical imaging due to their lack of availability.

The radiopharmaceutical giant signed on to distribute the Galli Eo generators following its FDA clearance back in late September, the approval of which makes IRE ELiT’s product the second type of Gallium-68 generator available to clinicians after that of Eckert & Ziegler.

“Until September 28, 2018, Eckert & Ziegler was the only approved 68-Ga generator for NETSPOT, a kit for the preparation of gallium 68-Ga dotatate injection, an FDA-approved radiopharmaceutical,” Wayne Boudreaux, director of Pharmacy Operations at Cardinal Health, told HCB News. “But the wait time to get one of these generators is 14-18 months, with the solution expiring after 12 months of use. This has created a widespread shortage in the industry, which includes rolling closures throughout the market. With the IRE-ELiT generator, we’re optimistic about the supply of 68-Ga increasing and the shortage improving as supply normalizes.”

Demand for 68-GA dotatate injections (NETSPOT) has grown since the approval of E&Z’s generators in 2016, with imaging providers seeking them for the treatment of adult and pediatric patients with neuroendocrine tumors, due to their patient-friendly regimen as an injection, ability to reduce imaging exams to approximately three hours, and their coverage by payors. The substance is the diagnostic half of a theranostics paring that enables tumor diagnosis on PET scans. It's companion drug, Lu-177 dotatate (Leutathera), fulfills the therapeutic part by allowing targeting of tumors.

But the long wait times for E&Z generators and their expiration in one year (or upon hitting its 400-elution limit) have forced distributors to implement self-imposed blackouts for NETSPOT doses, creating insufficient supplies and delaying procedures. While E&Z plans to expand production with the construction of a new facility, manufacturing is not slated to commence there until mid-2019.

IRE ELiT has already begun production on the first of its Galli Eo generators to move the product to market as fast as possible and help alleviate the shortage. Prior to its clearance, the Society of Nuclear Medicine and Molecular Imaging (SNMMI) called for deployment of the IRE ELiT generators to be approved, as one of three proposed solutions for tackling the shortage.
1(current)
2