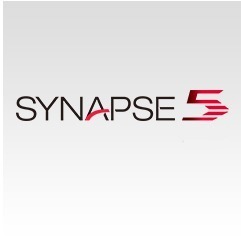 The ATO came after a 14-month process that looked at its security and privacy controls outlined in the framework, including DoD 8500 Series controls, as well as security. The ATO is good through 2021, and adds to Fujifilm's ATOs for its Synapse PACS 4.4 and Synapse Mobility's HTML client.

“Fujifilm is proud to have earned this ATO because it demonstrates that our technology is meeting the strict and precise security standards of the U.S. government,” Johann Fernando, who is the chief operating officer of Fujifilm Medical Systems, U.S.A., said in a statement, adding that, “We consider this ATO with the DoD to be an outstanding accomplishment and the highest vote of confidence in Fujifilm.”

The Risk Management Framework (RMF) permits a review process that brings both security and risk management to the entire system development life cycle and combines both of these aspects with considerations of effectiveness, efficiency, and implications and constraints from relevant regulations, laws, directives, executive orders and other policy matters.

Part of Fujifilm's success is due to the emphasis it gives to data protection. It has a lab and cybersecurity team in Raleigh, N.C., dedicated to healthcare IT security solutions for the U.S. government.

“While few vendors meet the stringent security levels the DoD demands, receiving the RMF means Fujifilm measures up – providing tested, trusted healthcare technology systems the DoD can depend on,” Fujifilm Medical U.S.A Security Officer Martin Spence said in a statement, noting that, “as the U.S. Armed Forces operate under reciprocity, we look forward to the potential to offer our solutions to various branches of the U.S. military.”

Among the first slated to receive the Synapse 5 PAC is Madigan Army Medical Center outside of Lakewood, Washington, one of the biggest military hospitals on the West Coast.

In 2017, Fujifilm, the DoD and the VA entered into a Digital Imaging Network-PACS IV contract, with a five-year base period and five-year renewal option, valued at $768 million. The contract permits government healthcare providers to buy and use Fujifilm technology, including the Synapse 5 PACS, Synapse Mobility Enterprise Web Viewer, Synapse 3D, Synapse CV and Synapse VNA.

The DoD and VA are engaged in a major EHR revision – known as MHS Genesis – that will replace their current systems. Genesis, which integrates inpatient and outpatient solutions to link together all medical and dental data from injury to military treatment facility, will service over 9.4 million DoD beneficiaries and about 205,000 Military Health System personnel worldwide.
1(current)
2