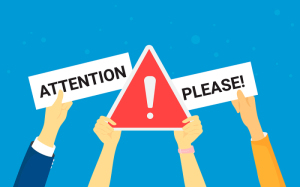 Remember the Sirens in ancient Greek mythology? These seductive creatures would use their enchanting music and singing to lure nearby sailors to shipwreck on the rocky coast of their island. For the past few decades, healthcare market opportunities have become something of a modern-day Siren, laying an almost irresistible trap for the largest technology giants.

To be fair to tech companies, the allure of healthcare from a distance is obvious. It is a massive market, driven by a purpose that motivates employees to go to work every day. The problems are challenging, and the consequences of failure are significant. And lastly, its maturity with respect to digital technology is still relatively primitive.

At the same time, healthcare desperately needs innovation, if not blunt disruption, to break out of the status quo that is doing more collective harm than good. And more than any other industry, tech companies embrace a culture where risk-taking and disruption are highly valued and rewarded. The attraction of one to the other is obvious and potentially valuable.

But in a rush to seize these opportunities, too many tech companies fail to recognize the actual harm that they cause along the way. And harm in healthcare can have lasting and potentially life-threatening consequences.

Healthcare and the tech industry: a study in contrasts
Comparing and contrasting the healthcare and tech industries reveals some critical differences that explain both the persistent attraction as well as the inherent problems when their orbits intersect. Let’s look at some examples:
• In healthcare, the general market approach is to avoid risks; yet in tech, it’s to take risks.
• In healthcare, there’s an extremely low tolerance for failure; but in tech, there’s a reasonably moderate to high tolerance for failure.
• Healthcare’s approach to innovation is incremental; whereas tech’s innovation approach is disruptive.

The differences between a defective drug or medical device versus a mobile navigation app are plain to see. Less obvious, though, are a host of areas where the tech industry’s pattern of hyperbolic public announcements followed by quiet market retreats has real, but less obvious, effects that actually stunt innovation across healthcare.

• Diminished investment. The mere announcement that Amazon or Google is excited about a particular area of healthcare has an immediate and severe chilling effect on venture investing in that category. Never mind that the tech giant typically has a superficial understanding of the problem, little that resembles an actionable strategy and no subject matter expertise; investors immediately decide that the battle is over before the first shot has been fired. As a result, investment into companies that have plans, people and products slows to a trickle.
1(current)
2
3