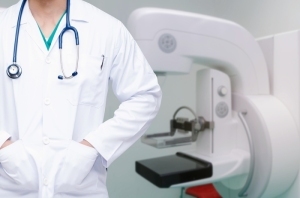 Just published research has definitively proved what most physicians have longed believed: screenings for breast cancer save lives.

“None of the physician generations before us … and not even the current modern therapeutic regimens could control breast cancer to this extent,” Dr. László Tabár, Department of Mammography, Falun Central Hospital, Falun, Sweden, and lead author told HCB News. "(Women) should … attend high-quality screening regularly, and if they happen to have dense breasts, they should also ask for an ultrasound examination carried out [with] multimodality screening.”

It may come as a surprise that there has been controversy surrounding the value of early breast cancer screening. Dr. Dana Smetherman, M.D., chair of the American College of Radiology Breast Imaging Commission and section head, Breast Imaging at Ochsner Health System, explained that some in the medical community, as well as in the media, have claimed that since the 1980s the “massive” drop in breast cancer deaths have been solely due to advances in treatment. Smetherman, who did not participate in the study, recommends annual screening starting at age 40.

Tabár said that there have been longstanding claims that breast cancer is a systemic disease from inception, and there is no early phase of breast cancer. This would mean that screening would not decrease mortality. For the study, he and his team tracked survival rates of two cohorts of Swedish patients who did or did not receive screenings over a 39-year period (1977-2015), as well as patients in a 19-year prescreening period (1958-1976).

“Today we have eight randomized control trials, each proving that early detection and treatment in the early phase of the disease leads to a significant decrease in breast cancer death,” Tabár said.

He added that with early detection, women could receive significantly less aggressive treatment for the disease, which also lowers treatment costs and suffering. Tabár recommends that mammography screenings be conducted at high-quality imaging centers staffed by radiologists specializing in breast imaging.