TeamBest companies to acquire ABT Molecular Imaging, launch Best ABT 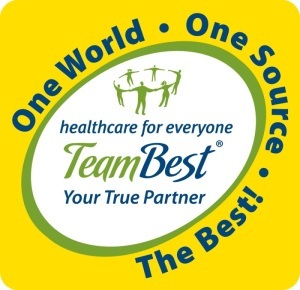 The purchase of the Tennessee-based cyclotron manufacturer provides Best ABT, as well as the TeamBest group of companies, with greater expertise on smaller cyclotron technology, including ABT’s BG-75 Biomarker Generator, as well as automated chemistry, enabling them to deliver greater-quality oncology diagnoses and care to a large group of currently underserved patients worldwide.

The addition of ABT builds on the current portfolio of BCS, which consists of a wide array of cyclotrons, ranging from 15 MeV to 70 MeV. The company recently installed a fully-functioning Best 70 MeV cyclotron in Legnaro, Italy and is currently working to implement several others in various countries worldwide.

Easier to install and operate than conventional systems, the BG-75 System consists of a compact cyclotron, integrated with microchemistry and an automated quality control system to provide on-demand F-18 FDG production for PET imaging in seamless solution. The 25 worldwide sales of this solution also expand the global scale of the TeamBest group of companies.

In exchange, the acquisition provides ABT with opportunities to expand its reach as well, allowing it to exhibit its products globally in more than 100 medical trade shows and conferences annually. This, along with the set up of Best ABT, ties in with TeamBest’s objective to provide healthcare to everyone.

“Earlier this year, we launched the Best Global Healthcare Uberization (we want to be the Uber of the New Global Healthcare Delivery System) with a Hub and Spoke Model of a proactive healthcare system,” said Suthanthiran. “Using a total health approach of prevention, early detection and an effective treatment for a total cure, the aim is to lower the cost of healthcare by 30 percent or more and improve the clinical outcome significantly, thereby reducing death and suffering from cancer, cardiac and other diseases by 50 percent or more by the end of the next decade, using express and mobile clinics, linked to general and superspecialty medical centers, globally.”