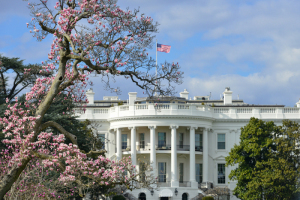 Let's think about his healthcare legacy and some of the things that you might remember if you think back over his life.

You may know that Bush's daughter, Robin, died from leukemia at the age of three. In 2013, when a Secret Service agent let the former president know that his two-year-old son was diagnosed with the same form of cancer, Mr. Bush shaved his head in solidarity with the agent and his son.

Bush was in favor of increased taxes on cigarettes. He promoted affordable immunization and preventive care. He also encouraged better health habits, advocated for companies to provide insurance to their staff and called for the issuing of health insurance credit to people. It's ironic that so many of his ideas presaged the Affordable Care Act.

In many ways, President Clinton inherited a country on the road to financial recovery and a tiny deficit unlike the deficit we have today because of the work of George H.W. Bush. And while a fiscal conservative, he made decisions about healthcare that one might say were almost "democratic."

He's the last of the World War II presidents and compared to current politicians, is in many ways a true gentleman.

I can only imagine how hard it is for his family, especially following the death of their beloved matriarch and the love of George Bush Sr.'s life, Barbara, in April. I hope that our current politicians will look upon him as inspiration for what it means to be presidential and that all of use use his example to change our discourse as a country for the better.