Boston Scientific to acquire shares of Millipede for $325 million 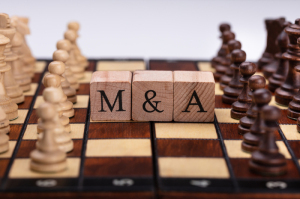 Having agreed to an investment and acquisition option back in January 2018, the Massachusetts-based manufacturer acquired $90 million worth of outstanding and newly issued shares, and will now take the remaining ones for an additional $325 million, with a further $125 million to be paid upon the completion of a commercial milestone. Its decision to do so follows the successful completion of a first-in-human clinical trial using the system.

"We are very satisfied with the early results of our clinical program and are excited to see this technology further leveraged by Boston Scientific to expand the mitral repair solutions for patients around the world," said Randy Lashinski, co-founder and CEO of Millipede, in a statement.

Estimated to reach $1 billion by 2021, the majority of the drive behind the transcatheter mitral repair and replacement market consists of repair procedures.

Administered through a transcatheter-transseptal delivery system, the Millipede IRIS annuloplasty ring can repair and reduce the size of a dilated mitral annulus in standard surgical fashion. It consists of a complete ring that is used as a standalone device, or in combination with other technologies in patients with severe MR, and is highly customizable to a patient’s anatomy and disease state. In addition, the solution is repositionable and retrievable, promoting a high-quality outcome.

The news further builds upon the progress and resources obtained by Boston Scientific over the last year through its many acquisitions which include VENITI, the privately-held maker of the Vici Venous Stent, for $160 million; Claret Medical, the producer of the Sentinel Cerebral Embolic Protection System for TAVR operations on patients at risk of stroke; nVision Medical Corporation, a private enterprise focused on women's health; and Securus Medical Group, a company that has developed a thermal monitoring system for the continuous measurement of esophageal temperature.
1(current)
2