Kamala Harris: Medicare for all 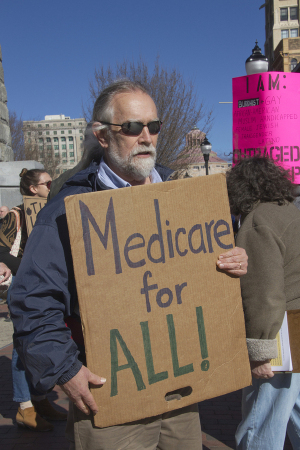 Many Democrats, feeling empowered by the mid-term elections and the government shutdown, are starting to come out of the woodwork to announce their candidacy for President of the United States.

You may have noticed that Kamala Harris is making the case for Medicare for all and doing away with private healthcare.

If I understand this correctly, this would really disrupt the current landscape.

I believe that hospitals, insurance companies, drug companies and a lot of politicians, would be very against this.

Some would say we have little or no competition now, but for sure, if there was a single payer Medicare for all insurance program, the insured would have no choice.

Harris is not the only person promoting Medicare for all. Bernie Sanders also proposed this and both Elizabeth Warren and Kirsten Gillibrand and other Democrats running for president have suggested the same sort of thing, but with a slightly different system of phasing in the new program over time.

Honestly, I am not sure who to trust and I am sure it is a problem. I am not sure I trust the drug companies, the insurance companies or for that matter, politicians.

What is your opinion? Is medicare for all a good idea? Or a bad idea?