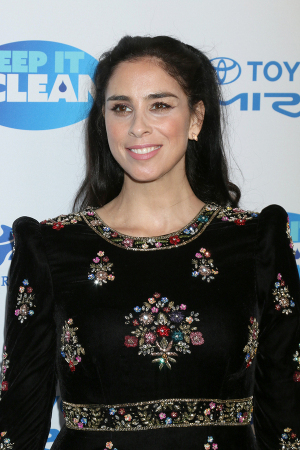 Sarah Silverman took to social media to air grievances against the inappropriate behavior of her radiologist during a breast exam.

The experience was so traumatic for the comedian that she vowed never to go to another man for the procedure.

“I had a sh**ty time at my mammogram appt today,” the comedian wrote on Instragram, explaining that her dense breast tissue means that she has to get an ultrasound after mammograms.

She had the same radiologist as a year ago, and this was the second time he used bare hands to apply gel to her naked breasts.

“I do not like him and here is why,” she wrote, depicting in detail her experience.

“He opened my gown and put gel on my breasts and smeared it around with his bare hands. Then he started talking to me about my chest X-ray (I also got a chest X-Ray) and was pontificating with my boobs just out and covered in gel and cold and finally I said 'Hey-can we either talk about this when I’m dressed or WHILE you're doing the ultrasound? I’m not comfortable with my breasts out just shooting the s**t with you.'”

To compound her discomfort, she continued, after smearing on the gel, “when he glides the ultrasound wand thing over my breasts he drags his fingers on them and it f**king bothers me. Again, AS I TOLD HIM LAST YEAR, I said 'Hey! Do you need to be touching me with your fingers?' He said 'No.' And he pulled them off of me. Then he added, 'I do that for balance.' I said 'Well I believe in you and I think you can do with without your fingers on me.'"

The episode was not so much about the physician behaving sexually as being thoughtless, she added.

“I truly don’t think he was getting off on it, BUT it is his job to be aware that this is vulnerable for a woman. Wear f**king GLOVES - this isn’t a date. For him to be so arrogant that he didn’t even internalize the problem when I said something to him about it last year is obnoxious and probably a subconscious power thing if we’re getting deep.”

She ended her post noting that doctors who act like this are “arrogant” and that her post is meant to urge other women to speak out when confronted with this type of behavior. “Trust that thing in your gut that tells you this s**t ain’t right.”

Other celebs commented as well, including actress Elizabeth Banks who reached out, saying, “those of you in this industry – please do the best you can to empathize with the vulnerability of women in this situation and act accordingly,” according to ABC affiliate WGNO.
1(current)
2