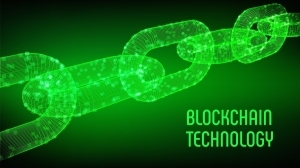 The three blockchain-based entities will develop a platform together for upholding, distributing and safeguarding medical and diagnostic images, such as X-rays and CT scans.

“Blockchain technology can strengthen patient data security by providing a tamper-proof record of patient history while simultaneously providing an avenue for doctors to more easily share information,” Bitfury CEO Valery Vavilov said in a statement. “The digitization of trust that blockchain offers, paired with the medical potential of AI algorithms, has the ability to revitalize medical systems all over the world.”

A blockchain tech provider, Bitfury will oversee the creation of the system on its private blockchain structure, Exonum, which allows for the construction of its decentralized, secure and reliable blockchain applications. The framework is equipped with Rust programming language, Java-binding and a Byzantine Fault Tolerant (BFT) consensus algorithm that excludes single points of failure to protect solutions from node crashes or bad actors. It also anchors data to Bitcoin network to protect Exonum from history revisions by leveraging the security of the Bitcoin blockchain.

Secure sharing of information and medicinal images will be able to take place through MDW, a radiology blockchain system that enables radiologists to communicate with imaging services, and with Longenesis, which will safeguard the only official parties that have access to the data recorded on the blockchain in accordance with HIPAA and General Data Protection Regulation standards.

The move follows a similar one made by Aetna last month to create, alongside IBM, Anthem, HealthCare Service and PNC Bank, its own blockchain network specifically for the healthcare industry.

“Blockchain's unique attributes make it suitable for large networks of members to quickly exchange sensitive data in a permissioned, controlled, and transparent way,” said Lori Steele, general manager for healthcare and life sciences for IBM, in a statement. “The fact that these major healthcare players have come together to collaborate indicates the value they see in working together to explore new models that we think could drive more efficiency in the healthcare system and ultimately improve the patient experience.”