Are You Dense, Inc. and Are You Dense Advocacy, Inc. announce executive director of both organizations
February 19, 2019
Women's Health
Tweet
Share
Rating saved 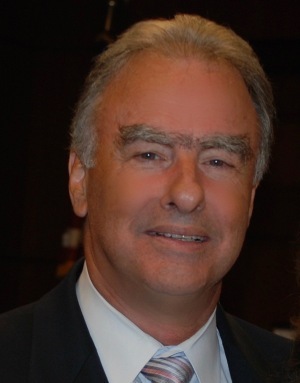 Joseph J. Cappello
Woodbury, Conn., Feb. 18, 20019 — The boards of the two nonprofits founded by the late Nancy M. Cappello, PhD, has announced today Joseph J. Cappello as their new executive director. For over a decade, Mr. Cappello has worked tirelessly, side-by-side as co-founder of the organizations with his wife, Dr. Cappello, earning him a unique perspective of the critical issue on adjunct screening for women with dense breast tissue.

"Duty compels me to carry on my wife's mission," declares Mr. Cappello. "Women have the right to know their breast density status, to have their complete breast health information. This vital piece of information was denied to Nancy when she was originally diagnosed with late stage 3c breast cancer in 2004. As a result of her hard work, 36 states currently mandate physicians to tell their patients their breast density status.

"Now, we are focusing our energies on getting legislation passed in the remaining 14 states" adds Mr. Cappello.

Dr. Cappello launched the legislative action of her organizations after being diagnosed with advanced-stage breast cancer in 2004 despite decades of normal mammography results. None of Dr. Cappello's physicians told her that she had dense breast tissue, which had hidden the growing cancer in her breast, and none advised her to get adjunct screening. Her home state of Connecticut passed the first bill in 2009.

Dr. Cappello passed away this past November due to complications from Myelodysplastic syndrome (MDS), a rare form of bone marrow cancer, and in some instances, may be associated with previous radiation and chemotherapy cancer treatments.

"I am empowered and honored to further the Are You Dense? mission," continues Mr. Cappello. "That being to reduce missed, delayed and advanced stage breast cancer by increasing access to early detection for women with dense breasts leading to reduced harms from aggressive treatments and better survival outcomes."